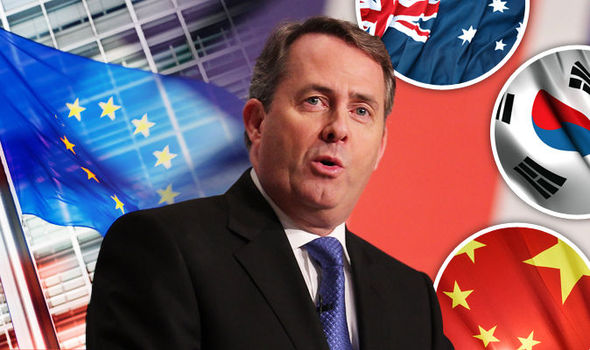 Dr. Liam Fox, one the extreme Brexiteers in Theresa May’s Conservative government has had a eureka moment (except he hasn’t realised it just yet); the free trade world he sold to the public is packed with landmines and swamps.

Today, in London, Dr. Fox is due to take a swipe at US President, Donald Trump and the broad approach the Trump Administration is taking on free trade.

Dr. Fox is sort of right, free trade is under attack. But is not under attack simply because Mr. Trump wants to break it so he can fix it again and claim it as his own. It is under attack by the very voters that put him in office.

This attack on free trade is manifesting itself as political populism but at the core is a broad and deep public anger and concern with what free trade really means on the ground. This is why Dr. Fox is wrong to attack the Trump Administration, it’s pointless! The Trump Administration is merely the channel through which the public vented its anger. The approach currently being taken by Washington is only the tip of what is to come..and what this means for the ‘Global Britain’ fantasy peddled by Dr. Fox and his extreme Brexiteers.

The really bad new for Dr. Fox and co-Brexiteers is the Republican Party is, or used to be the natural ally of free trade. Many Republicans still are. But many are also slowly recognising what true free-trade could represent on the ground. Instead, many are now shifting to a concept representative or ‘managed free-trade’, a system of checks and balances calibrated to slow the onslaught of overwhelming social change brought about as a result of free trade practised under existing WTO rules.

Voters across the US and EU say they no longer trust big institutions or “big government”, this is not entirely new. But ‘big government’ is really a metaphor for institutions such as the IMF, WTO and World Bank. Voter anger is simply released at the polling station.

A much more significant shift is already taking place where younger Americans and Europeans are shifting left on many economic, trade and some social issues. Rising concern with wealth imbalance, rising student debt and indebtedness in general is causing many to question the value of un-restrained free-trade on their families and communities. “Sure, wealth has been created by free-trade but it has become more and more concentrated in the bank accounts of the few” they argue.

As this shift grows and manifests itself in political parties that actually govern and set policy, the implications for the free-trade case argued by Dr. fox and his fellow Brexiteers will be enormous.

For Brexiteers, it must have been tempting to assume the tide of diminishing trade barriers under the WTO would continue to the point where there would be little difference between the EU and WTO. Under such a scenario, it is easy to see why the Brexiteers recklessly gambled Britain’s future away!

The real risk for the UK is not the EU, it is the global shift away from free-for-all trade within developed economies. In reality, by taking a swipe at Trump Administration policies, Dr. Fox is also attacking the very voters in Sunderland and across the UK that voted for Brexit in the first place!